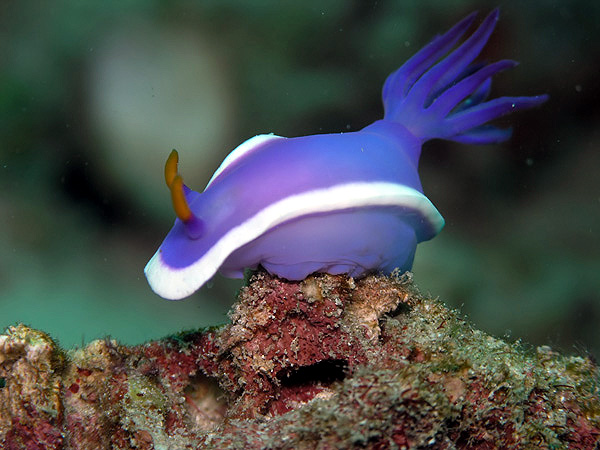 Malaysia’s waters are a gateway into the unknown, where those who are moved enough to embark on its adventures can descend to explore biodiversity’s most intimate secrets.

As published on Travel Asia Wire

From beginners to regular weekend enthusiasts, Malaysia has endless diving locations to choose from. The best diving site really just depends on the type of experience you’re looking for.

For those who’ve never dived before, don’t worry, Malaysia is non discriminatory and welcomes all to her scuba bosom.

On just about any beach in Malaysia you can learn how to dive, but Redang Island is a particularly good choice for beginners who just want to try it without getting certified.

Most resorts have dive centers offering ‘discovery dives’ for non-experienced divers. Here you can get a ‘crash course’ in diving basics and embark on an up to 1- hour shallow dive for around RM150 (US $49).

If you have more time and cash most will argue the Open Water Certification is the way to go. During this 3-5 day period you learn diving basics including safety, breathing techniques and equipment familiarization.

First, you’ll practice in shallow waters and progress as your confidence increases. By your last day you’ll be diving up to 18 meters deep.

Because of the thorough training, Open Water certifications are typically more expensive, costing between RM800 – RM950 (US$258 – $306), but people who’ve done it will argue it’s worth every penny.

When Stephanie Pizzo, an English teacher living and working in Seoul, South Korea, talks about the time she recently spent diving and calling the sands of the Perhentian Islands home, it sounds like a scene from the movie The Beach.

She said the islands have a relaxed atmosphere with easy-going travelers and families who want to make paradise home for a while.

Pizzo originally planned to be there to dive and then travel to Tioman for a yoga retreat, but she gladly gave up her yoga deposit to finish her three-week vacation on Long Beach.

“Between the beauty of the island, the people there and the diving I just couldn’t pull myself away,” she said.

And who would blame her?

These two islands of paradise, Kecil (the smaller one) and Besar, located off the northeastern coast of Peninsular Malaysia, are known for their shallow turquoise blue waters, abundant marine life – including tiny psychedelic organisms called nudibranchs – and wreck diving; a spectrum ranging from beginner to advanced levels.

About 31 miles off the coast of Kota Kinabalu, in Sabah, Borneo, sits the final resting place of three WWII Japanese merchant tankers torpedoed and sunk by USS Dace on October 14, 1944.

These sites, collectively called the ‘The Usukan Bay Wrecks,’ present divers with a unique mix of exploring mysteries of the past, while also observing vividly colored and complex marine inhabitants that call these decaying artifacts home.

Among the abundance of soft and hard coral reefs on the ships are a variety of marine life including giant grouper, yellowtails, barracudas, snappers, nurse sharks, tunas, and rays.

Because depth sites are around 26m – 40m (85ft – 131ft), one must have at least an Advanced Open Water Certification to dive. Companies that can assist in diving packages include Discover Borneo and Borneo Dream.

This small, white-sanded fishing village off the southeastern coast of Borneo is known throughout the world as one of the best ‘Muck Diving’ diving sites.

Muck Diving gets its name from the muddy or ‘mucky’ environment found in that area. You might ask why anyone would want to dive in subpar visibility, but the muck creates a haven for unusual and exotic looking organisms, such as the vibrant extra-terrestrial looking nudibranches, flamboyant cuttlefish, anglerfish, shrimp, blue-ringed octopus, pygmy seahorses, garden eels, frogfish and more.

The shallow depth ranges make this an ideal location for beginners but many advanced, particularly underwater photographers, can be found due to its curious marine life.

Out of all the locations in the world one could dive, The Guardian ranks Sipadan Island #8 while for CNNGo it is #1.

The tiny (approximately 200 meters in width) oceanic island in the Indo-Pacific basin is the epitome of evolutionary design, exemplifying an array of rich marine habitats.

With crystal clear waters, sea turtles, colorful fish and unique coral formations there’s a diverse platter of experiences, plus those who are experienced and on the explorative side will love the Wall Diving – vertical walls that extend deep into the ocean, created from rocks and reefs.

While there are shallower wall dives, the more seasoned divers can descend deep into the abyss.

If you enjoyed this article and would like to find out more about travelling to Malaysia, please visit the Tourism Malaysia website