The White Sands National Monument is a dune field in Southern New Mexico within the Tularosa Basin. The basin’s unique positioning between the San Andres and Sacramento mountains allows it to retain it’s gypsum crystals, making it the largest gypsum dune field in the world. 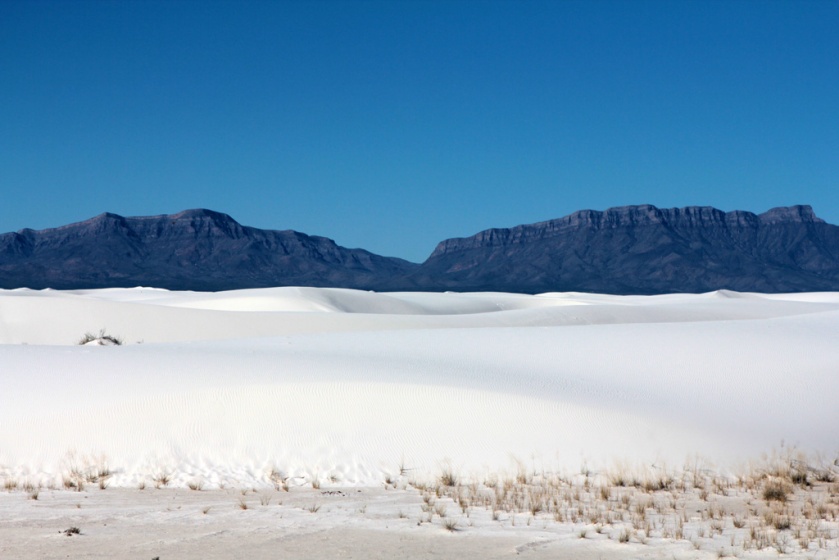 It was 4pm when we reached the dry, windy dunes. Having drove five hours from Route 66 in Gallup, New Mexico, where we’d spent the night in one of the hotels you’ve seen before in a hundred different horror movies.

We’d arrived just in time, still having to pack our bags, hike to our campsite and set up – all before sunset, which had been setting around six-thirty the past few days.

We registered at the visitor center, where we were given a brochure on UXOs and specifically told not to touch any metallic objects. UXO stands for unexploded ordinances, an acronym I would have happily liked to never come across, but there it was.

Apparently Holloman Air Force Base, just around the corner from the dunes, has been using this once upon a time isolated area for missile tests the last six decades.

During World War II, they tested and studied missiles captured from Germany, and have since used the base to test U.S. missiles and do space technology research.

The testing occurs as often as twice a week sometimes, which causes the park to shut down randomly for hours or days at a time.

Technically, there aren’t any official campgrounds on the White Sands National Monument property. Those who want a familial, wholesome camping experience can choose from one of the many camping areas outside the dunes in the nearby towns and parks.

What is offered, however, is something called “Backcountry Primitive Camping.” This is basically a loophole to the whole ‘no camping’ thing, where for a small fee (three dollars when I went) you can purchase a permit allotting you a space in a limited number of flat, low-land areas located in-between the dunes to camp overnight in.

These areas aren’t accessible by car and require backpackers to walk at least ¾ of a mile, traversing quicksand-like dunes that devour your feet with every step, often against extremely windy conditions – and all while carrying a nights worth of equipment and supplies.

The payoff is that you really get the feel of primitive camping because that’s exactly what it is. There aren’t any hook-ups, fire pits, toilets or even people around you. And that’s the beauty of it.

The sunset was incredible, so much so I immediately forgot about the recent frustration of trying to set up camp for an hour in unrelenting gusty winds that continually blew sand into our eyes and mouth as we wrestled to get our tent properly staked in the ground.

Since the wind and clouds usually don’t let up until after the sun goes down, we decided to take a nap.

When I woke it was 11pm. The desert was still. The wind had stopped. It was much cooler, dropping nearly forty degrees from the temperatures earlier in the day. The night was eerily still.

I unzipped the tent door and was surprised how far out I could see in front of me. Even though it was night, the moon was bright and lighting the desert intensely. The clouds had passed, unveiling a barrage of stars against a blue backdrop.

I was perplexed and moved at how drastic the same location had changed so vastly from earlier that same day.

I stayed up a few hours just observing the beautiful sights around me and thinking about the awe-inspiring environment until finally going back to sleep.

When we woke, we immediately packed up and hiked back to the car our things before the wind kicked up again. The idea of primitive camping is that there’s nothing when you get there, and there should be nothing when you leave as well.

Once everything was back in the car, we took out a sled we’d rented at the registration office the day before and went to check out some more of the dunes. 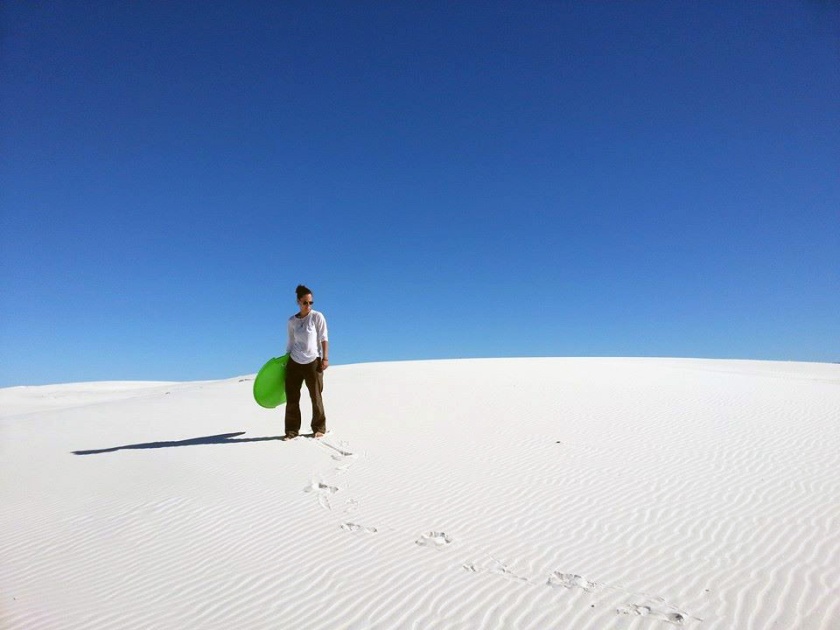 It was the crispest morning I’ve ever encountered, and I can honestly say sledding down glimmering white sands in the bright sun under a deep blue sky was, very much indeed, the best breakfast I’ve ever had. 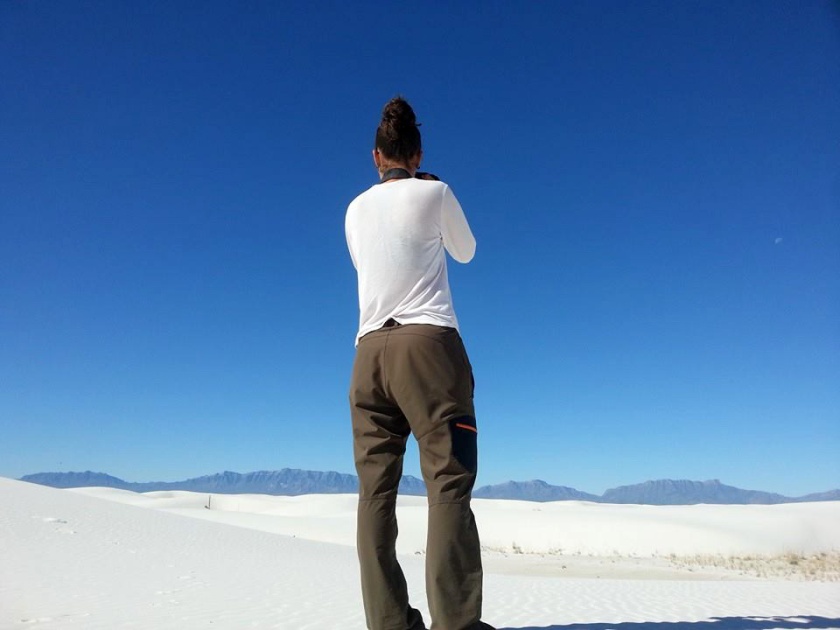